Not Your Father’s Root Beer Cake takes advantage of one of the many new craft beers that taste like old-fashioned root beer. A root beer cake that uses real beer? Yes! I tried Not Your Father’s Root Beer a couple of months ago. Surprisingly, it tastes exactly like root beer soda without a hint of barley, hops, or malt flavoring. It was actually too sweet for me to make a night of. It’s more of a dessert beer. For just this reason, it lends itself perfectly as a cake ingredient.

Although most of its 5% alcohol content will evaporate in the cooking process, those watching their alcohol intake should be aware that a slight, almost immeasurable amount will remain. The resulting cake is moist and yummy, with no beerish flavor. Your guests will never guess it is made with real beer.

Preheat oven to 350 degrees F. Grease and flour a Bundt pan or angel food cake pan. (Alternatively, use baking spray with flour, such as Baker’s Joy®.)

In a medium bowl, whisk together the dry cake mix and vanilla pudding mix until combined. Set aside.

In a large bowl, beat yogurt, eggs, melted butter, and root beer until combined. Add the dry ingredients, half at a time, and beat just until combined. Some small lumps may remain. Do not over-mix.

Pour into prepared Bundt pan. Bake for 55 minutes, rotating half-way through the cooking time. Do not over-bake. Place the cake in the pan on a rack to cool for 15 minutes. Place a serving platter over the cake and invert the pan to release the cake. Let cool completely.

For the icing, add root beer to the powdered sugar a little at a time, whisking until you have a drippable glaze. Drizzle the glaze over the cooled cake.

Notes:
• If you don’t like the coloring of the icing or don’t want beer in it, substitute 1/4 to 1/2 teaspoon of root beer extract or pure vanilla extract along with enough milk or cream to make the icing thin enough to drizzle. Alternatively, dust the top of the cake with powdered sugar.

• You may substitute root beer soda for the beer. 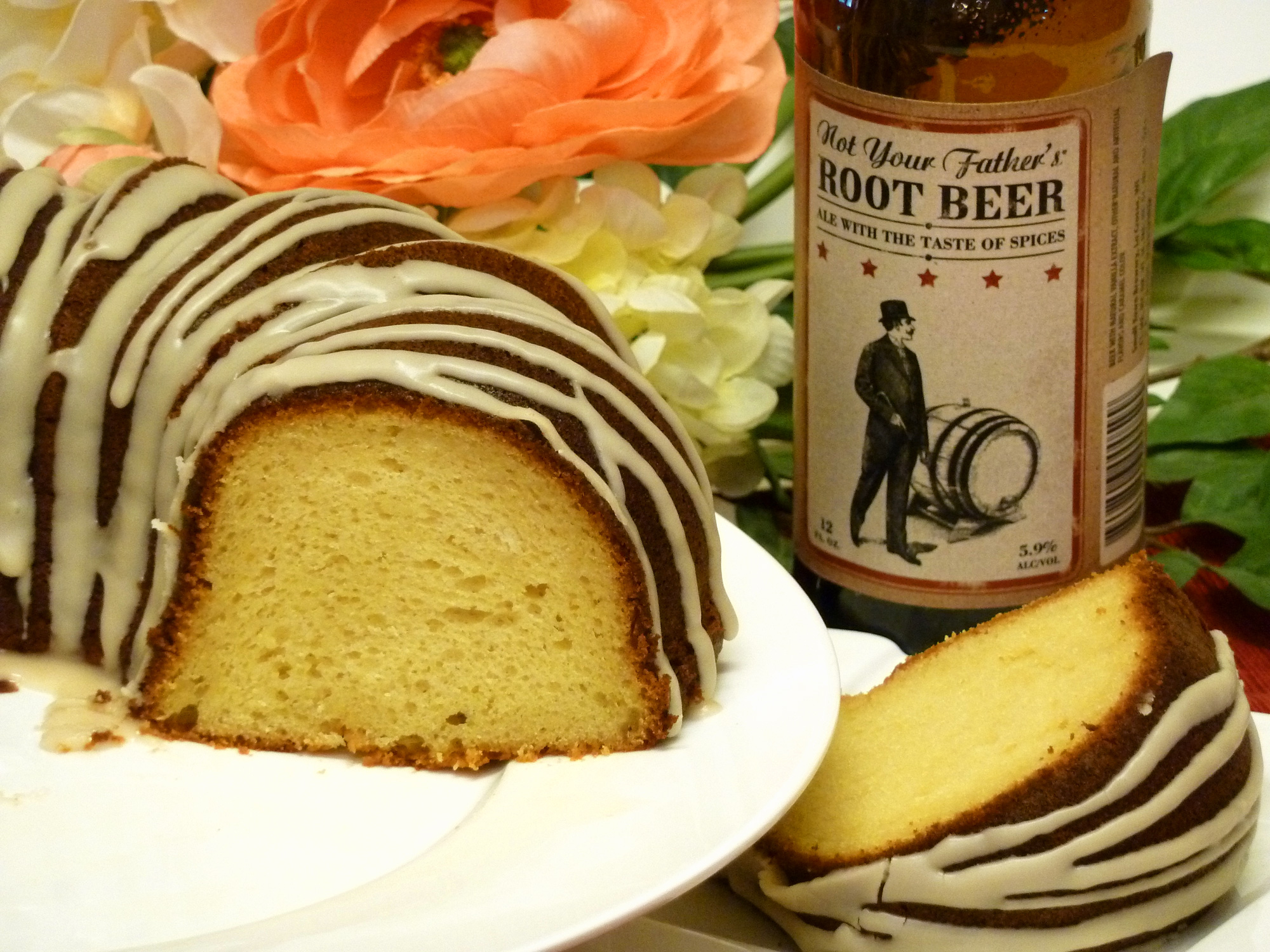